Studies show that engaged dads can have a tremendous positive impact on kids. Here’s how to be an involved and important role model in your little one’s life.

And, you know what, they were wrong about some things too, but they were definitely right about kids not coming with an instruction manual. There is an abundance of information about motherhood, but it’s important for dads to focus on how to be the best parent they can be, just as much as it is for mothers.

Moms and dads may not be equally as important at different stages in a child’s life (breastfeeding, for example) but they each mean the world to their baby.

This is perhaps the most important thing you can do to develop a healthy, successful relationship with your child. If you want to be a good dad, you have to know not only how, but why.

No one can replace the importance of a father on a child’s well-being. Dr. David Popenoe  is a noted Sociologist studying the importance of fathers  from an early age. His studies have found that father’s have a powerful impact on child development.

This idea was not always popular due to our society’s assumption that the mother is the main caretaker, responsible for everything from school activities to problem-solving parenting issues that arise. However, his research shows that higher engagement from fathers is crucial to better outcomes for children.

Fathers don’t have to be biological to be a great dad.  Whether the child is adopted, or a step-child, there are plenty of ways to enhance the role of Fatherhood.

“Involved fathers bring positive benefits to their children that no other person is as likely to bring. Fathers have a direct impact on the well-being of their children.

David Popenoe, The Importance of Fathers in the Healthy Development of Children

“Research shows that students perform better academically, have fewer discipline problems, and become more responsible adults when their parents are actively involved in their learning.”

“Research in the field has begun to investigate the role that fathers play in children’s development, as separate from the effects of mothering. Father involvement has been associated with the same social-emotional development of preschoolers that research had previously associated with parent involvement. Fathers help their children to develop positive self-concept, self-esteem, social competence, empathetic abilities, self-confidence, and emotion regulation.”

“Your child’s primary relationship with his/her father can affect all of your child’s relationships from birth to death, including those with friends, lovers, and spouses. Those early patterns of interaction with father are the very patterns that will be projected forward into all relationships…forever more: not only your child’s intrinsic idea of whom he/she is as he/she relates to others, but also, the range of what your child considers acceptable and loving.”

“Men, especially the husbands of women with outside jobs, have been participating increasingly in all aspects of home and child care. There is no reason why fathers shouldn’t be able to do these jobs as well as mothers, and contribute equally to the children’s security and development.”

How to be the Best Dad You Can Be

Some of the most important aspects of fatherhood may seem trivial and mundane, but it’s the little things that make all the difference.

Here are a few ways dads can be more engaging with their kids:

There are multiple activities you can do with an infant or young child to bond.

Be Aware of Your Role

“A father’s role awareness is regarded as an important variable of parenting participation,” say Youn-Soo Roh and Sonam Yang, authors of a study published in the Journal of Exercise Rehabilitation.

Fathers who become aware of their role in parenting early on become more active in their actions. Understanding the importance of your parenting role on your children is the recipe to developing healthy relationships, and there is an abundance of resources available to respectfully guide you in the direction to do so.

Experts agree that recognizing the value of a father is important for fathers as well as it is mothers.

My own children’s father has been extremely active since birth, and they have a close relationship. He participated in midnight feedings, diaper changing, burping, administering medicine, and all of their basic care needs from infancy.

He continues to do so as well as remain active in school activities and discipline. As a result, they share a loving, affectionate, and trusting relationship with him that they will cherish forever. 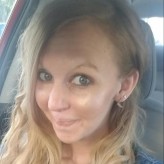 When To Start Wearing Maternity Clothing

Sinus Infections in Babies: What You Need to Know