The Internet has been abuzz this year with the announcement that Kim Kardashian and Kanye West (a.k.a. Kimye) will be using a surrogate mother for their third pregnancy.

And with the trend of ‘Social Surrogacy’ becoming more and more accepted in recent years, particularly in the wealthy circles of Hollywood, the elephant in the room was quick to take shape: is Kimye’s decision to hire a surrogate driven by vanity or health?

The Many Benefits of Hiring a Surrogate

There are many, many reasons why a woman, man, or couple may choose to hire a surrogate. These may include:

So yeah, there are a lot of obvious arguments for surrogacy, and the question of legitimacy should depend on the feelings of the mother…right?

Who are we to judge?

Social Surrogacy, which is also referred to as Designer Surrogacy, has come under some harsh criticism.

“…according to the American Society for Reproductive Medicine, surrogacy should be used only ‘when a true medical condition precludes the intended parent from carrying a pregnancy or would pose a significant risk of death or harm to the woman or the fetus’,” says an article on the topic.

Again, the question of ‘harm’ is subjective to the person undergoing the pregnancy, right? Or, does society have a larger responsibility to these women to warn them of the inevitable unpredictability and discomfort that will come with motherhood?

Of course, having the ability to give birth in no way determines one’s ability to be a good mother, but, as one critic points out, “…if you are too busy or stressed out about how you look after a nine-month pregnancy and childbirth then perhaps YOU, my friend, are not prepared for motherhood!”

But, then again, shouldn’t a woman be empowered to do what she wants with her body and her life? Surrogacy is certainly a first-class luxury, typically costing a couple over $100,000; so if a woman or her family can afford to conceive this way and will offer their child a loving home, who are we to judge?

Does pregnancy bring us together?

A common mentality is that the pain of pregnancy prepares you for raising your child; it connects you deeply with your baby and is an experience you share with other mothers dating back to the origin of humanity.
It is something women often carry with pride. Take, for example, the case of Beyoncé, who reportedly began ‘showing off’ her second pregnancy after rumors surfaced of her using a surrogate for her daughter, Blue Ivy.

Pregnancy is something shared by women of all colors, faiths, income levels, and political affiliations. In today’s divisive society, we are struggling to find things like this that bring us together. If the rich and privileged begin outsourcing this duty, are we in danger of moving too closely to the land of The Handmaid’s Tale?

OK, OK, that’s a bit of a stretch…but hopefully you can see the side I’m trying to reason with.

“I don’t know if my body can handle [pregnancy] one more time.”

OK, back to Kimye. Kim has been extremely candid about her two pregnancies. For those of you new to the story, Kim and Kayne have two children: four-year-old daughter, North, and two-year-old son, Saint. Kim shares her struggles on her own blog, telling readers she has suffered from two serious pregnancy-related conditions: preeclampsia and placenta accreta.

Preeclampsia is a condition reportedly affecting 5-8% of pregnant women worldwide. Symptoms can include intense swelling, headaches, nausea, increased weight gain, and more. While most cases are not life-threatening, some can result in hospitalization and many result in limited mobility.

A less common condition, placenta accreta—affecting approximately one in 580 births each year—occurs when the placenta grows too deeply into the uterine wall. During a perfect birth, contractions help the placenta detach from the uterus, but in the case of placenta accreta, the placenta doesn’t separate which can cause dangerous bleeding, putting the mother’s life at risk.

During an episode of Kim’s reality TV show, Keeping Up with the Kardashians, she tells her sister Kourtney, “I truly don’t know if my body can handle it one more time.”

It may be worth pointing out, Kimye is not the first celebrity couple to go down this road. Lucy Lui, Elton John, Tyra Banks, Nicole Kidman, and Sarah Jessica Parker are among other famous people to conceive through surrogacy.

So, who’s the lucky lady?

Who is the woman Kimye has chosen for this illustrious task? We know they have good taste, after all. Well, here are the facts:

Considering the paychecks Kim and Kayne receive, you would think they would be shelling out top dollar for this endeavor. Not quite the case; their transaction thus far seems to be very in-line with industry standard market rates. The couple allegedly paid an agency $68,850 to find the surrogate, and will pay the surrogate $45,000 in ten monthly payments of $4,500.

If multiple children are conceived, the woman will receive $5,000 per child, and if she loses any reproductive organs, she will receive $4,500, according to TMZ. The contract also prohibits the woman from smoking, drinking, doing drugs, entering hot tubs and saunas, handling cat litter, applying hair dye, engaging in sexual activity in the weeks leading up to the birth and during the first three weeks following implantation, drinking more than one caffeinated beverage per day, and eating raw fish.

So, for Kimye, is it vanity or health?

In the case of Kimye, I think the evidence points to health. Will Kim probably also enjoy eliminating the physical ailments and effects of pregnancy? I’m sure. But the more important follow-up question to my investigation is, should we, as completely unaffected bystanders, care? Or should we just trust that other adults understand the best interests of their families when making important decisions? 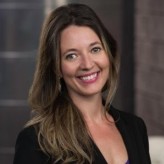 Here's When to Get Pregnant to Have a Baby in May