The experts have their answers, but the best thing you can do is pay attention to your little one’s cues and napping habits. Here’s how to make the transition go smoother.

When my wife and I were expecting twins in early 2016, we had plenty of questions. One of mine was: how in the world do you get two babies to nap at the same time, in the same room?

Fortunately, our daughters synced up early and slept well and on the same schedule from the get-go. It didn’t hurt that the first 13 days of their lives were spent in the NICU, where everything is based on strict schedules and routine.

At 17 months, they were still doing two-a-days, but for the past few months, my mother-in-law had continually pestered us about when they would move to one nap.

We eventually asked our pediatrician for advice: mostly for answers, but also to have something to end the “when are they transitioning” conversation before it started (again).

She had some good advice.

“It’s up to them,” she said. “Every child has different sleep patterns. It’s not unusual for them to still take two naps, but they’ll let you know when they’re ready.”

Well, they let us know shortly after that: skipped naps, afternoon naps spent talking to each other in garbled words and noises.

The transition to one nap took a while – and included some rough days – but we learned that there are no hard-and-fast rules as to when a baby transitions to one nap.

The American Academy of Pediatrics (AAP) recommends 12 to 16 hours of sleep for babies 4 to 12 months, and 11 to 14 hours of sleep for 1- to 2-year-olds, including naps. Often, a child’s napping routine adjusts naturally as they age simply because the brain is maturing and adjusting to the world.

Many experts and parents find there’s a general window between one and two years that each child transitions to one nap, but the exact timing depends on many factors.

Most qualified experts agree that babies transition to one nap between 1 and 2 years of age, though the exact timing depends on the child’s sleep patterns and routines, among other factors.

Here’s a look at what the experts say, and what you can do to make the transition period a success for you and your little one.

“Between sixteen and twenty months, the morning nap is dropped. Your baby should be sleeping ten to twelve hours at night and two to three hours during one afternoon nap.”

“Most babies are ready to switch from two naps to one between 8 and 12 months.

“Most toddlers midway through the second year can, and do, get by with just an afternoon snooze.”

– Heidi Murkoff, What to Expect the Second Year

The Real Expert: Your Little One

Most experts agree that the 1-to-2 year time frame is accurate, but that’s a long stretch to determine when exactly your child’s ready to transition.

What’s more helpful than general guidelines is watching your little one’s cues and behavior. Often, he or she will be able to “tell” you when it’s time for one nap before you have the opportunity to decide for him or her.

When it comes to the right time, it’s all about habits, not the clock. “A little earlier or a little later is normal, but be sure to watch your child, not the calendar,” says baby sleep coach Kim West.

Look for patterns and consistent behavior over the span of many days or even weeks instead of assuming one or two days of a skipped nap means it’s go-time.

A child may be ready to transition to one nap if he or she:

Ultimately, you should be able to spot some of the signs of readiness in the weeks before a transition. It can help to keep a sleep log where you can record nap times and habits. This is also helpful for pushing back nap times when making the move to one longer midday slumber.

This can be a difficult time for toddlers to adjust and get the rest they need, so keep in mind that some days they’ll simply be overtired or cranky before they’re actually ready for just one nap.

“Quote about the body not being ready but the mind being ready,” says Heidi Murkoff in What to Expect the Second Year.

How to Transition Your Baby to One Nap

If you’ve decided it’s time to actively transition your child to one nap, there are some steps you can take to make it easier on both of you.

First, only begin the process when you’re ready. This will give you and your little one the structure needed to make a firm daily change.

“Only begin the transition to one nap when you’re ready to stick to this plan. Do not give your child mixed messages, and do not quit,” says certified parent coach Eirene Heidelberger.

In our case, the twins slept so well and on such a great schedule with two naps that there was no need to change it up until we (and they) were ready. We had built a routine around their schedule and it was often the only thing that kept us sane, so we made the decision to wait until it was absolutely necessary to transition to one nap.

Make Sure You’re Not Dealing with Milestones

Around this time of transition, your child may be going through significant mental and physical changes: walking more, running, talking, teething and other factors can all lead to nap disturbances.

“You want to give your child a week to 10 days to be sure it’s not related to a milestone,” says Amanda Hudye, founder and CEO of Sleepwell Consulting.

Many parents find their child will stay up later in the morning naturally, but if yours hasn’t, consider actively pushing back their morning nap, even just a few minutes each day.

Over the course of a week or two, you can effectively push back a child’s morning nap to 11 am or later: the closer to noon, the better.

This may seem ambitious, but it’s important to focus more on how pushing back the nap works for your child rather than sticking to a hard deadline each day. Paying attention to how your toddler acts as naps change is just as important as making sure they’re down by a certain time.

When our twins were transitioning from two naps to one, we noticed some days they’d be totally fine without their second nap, while other days were a nightmare. It depended a lot on our schedule for the day, and what activities we had going on between naps.

Don’t be Afraid of Two-Nap Days

The transitional time may include days with one nap and days with two. If you’ve made progress but feel like you sometimes fall back into old nap habits, don’t feel too bad.

“You also should be open to having an occasional ‘two-nap’ day. If it’s clear that he’s not going to make it until 12:30 one day, go ahead and put him down for a Quiet Time or nap at around 11,” says certified gentle sleep coach Heather Taylor.

Again, what’s most important is how your child is responding to this change: some days will be easier than others, and there’s no shame in a small second nap if it means your little one has a positive day. Progress is a long-term game, so focus on good habits and health rather than being overly strict about cutting naps.

Try to Have Naps Done by 3 PM

In their two-nap stage, our twins’ later nap started around 3 pm and lasted 60 to 90 minutes. When we switched to one nap, they were now awake and ready for the second half of the day by that time.

It made for some rough dinners, but eventually led to a smoother bedtime: they were more tired in the evening, and even went to bed a little earlier than they had the previous months. They slept in the next morning, so although their late afternoons had changed, they were well-rested and prepared for the next day.

“The rationale for having your afternoon nap over by 3 pm is to build up enough sleep drive so you can fall asleep at night,” says Dr. Judith Owens of Children’s National Medical Center in Washington.

Enjoy the Impernance of Napping

There will be a time when napping ceases altogether, and then it’s just you and your little monster(s) up all day. So while the change to one nap may seem rough, be thankful that you still have a two-to-three hour chunk of time in the middle of the day to yourself.

Many parents even like the change to one nap because it’s one less thing to schedule your day around, and it’s sometimes easier to get more done when you have a larger chunk of time, say three hours instead of two 90-minute blocks.

Sure, it’s one less break from your kid during the day, but don’t fret. There’s always afternoon coffee. 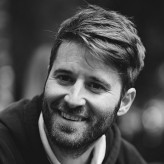 How to Deal with an Ungrateful Child

When to Start Disciplining Your Baby